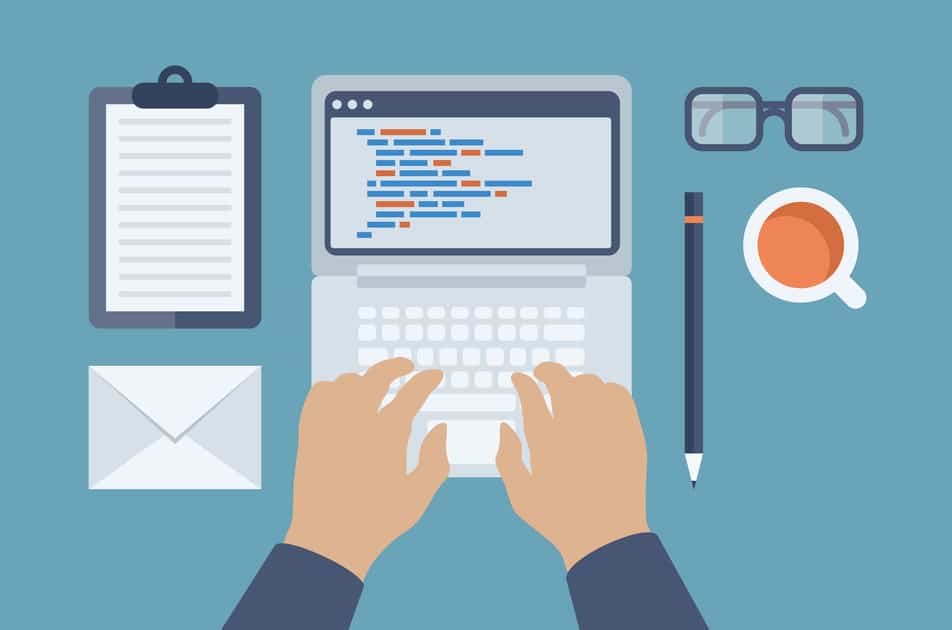 Disclaimer: The information below is purely my own personal opinion and research. These are the top 5 programming languages to keep an eye on in my opinion. You’re most welcome to share your opinion in the comments at the end of the article.

While there are some languages that appear to be headed for the digital dustbin, like Ruby and Haskell, other languages are still on the rise.

If you're like most people in the tech industry, always looking forward to the future, you should keep an eye on the 5 programming languages:

Swift was superficially designed by Apple to replace Objective-C, the decades-old language that eased to create the company’s massive galaxy of apps. Since its launching five years ago, Swift has grown frequently popular and seems to be well on its way to replacing Objective-C.

Although Objective-C is still kicking, Apple is strongly getting folks to move on, and given the popularity of the company’s apps, Swift is a language that all app developers need to know moving forward. The adoption of Swift will only be accelerated by Apple’s recent support of cross-platform apps, which could run on both macOS and iOS.

Swift is a language that became an open-source and received a lot of help from the community to grow over the last few years. Only Apple can say for sure what the plans for Swift are, but the fact still remains that language is now more mature and developed than ever.

Kotlin owes a great deal of its influence to Google selecting it as a first-class language for Android. A 2018 developer survey by the software development company Pusher showed the use of Kotlin has grown considerably due to its relationship with the mobile operating system. The language is also very popular with developers because of its many features and versatility.

Kotlin is relevant to this day because of two main reasons.

It has been developed as a solution to the problems that Android users have faced for periods of time. In this case, it answers most of the main issues that surfaced in Java and provided developers with inter-operability, safety, and clarity.

But, the reason why it's so popular nowadays is that major tech giants – and parent company of Android – Google announced that Kotlin is now the official Android language and Google will provide its first-class support for it.

And, this is why this language is creating all the waves in the world of Android app development.

Already an extremely popular language, Python remains to see green up-arrows on the highly regarded TIOBE Index, which reports periodically on the popularity of programming languages.

Python is still growing in popularity, infrequently at the expense of less-popular programming languages. Without a doubt, tech professionals appear to be continuously deciding out new ways to use Python, including in areas like machine learning and analytics.

Considering Python’s massive user base, and deep roots in a wide range of companies, it seems like Python isn’t going anywhere in the near future: It will continue to grow and make in-roads.

There are a lot of reasons why Python has a great future, such as:

Groovy is another programming language that is a constant climber up the TIOBE Index. It deservedly made the list of the 5 programming languages to keep an eye on. According to tech industry observers, the language seems poised for future dominance thanks to its robust IDE support, similarity to Java and combination with the open-source automation server Jenkins.

Because Groovy functions so well as ‘connective tissue’ in many different systems, it is well-positioned to be a key language moving forward.

Groovy is still actively developed by a group of contributors, and the next release will drop the support for older JDK versions – and will also introduce a lot of new features and improvements. The constantly growing community of Groovy welcomes anyone and supports through the community of Slack if they're new and need help.

Additionally, Groovy makes unit and automated testing simpler. Spock, in particular, makes unit tests 10 times easier and more enjoyable when compared to JUnit, TestNG or pretty much anything else that comes to mind.

Technically a superset of JavaScript, TypeScript has recently been promoted as a language of the future by both RedMonk and GitHub. Also, around this time last year, TIOBE said the language was significantly overstepping on JavaScript’s turf.

Although there are experts who say TypeScript isn’t a stand-alone language, more like a refined JavaScript, the amount of praise and support that TypeScript is getting can’t be ignored and the language is positioned for major popularity growth.

TypeScript has a bright future as JavaScript in itself has. Microsoft is using it themselves for internal solutions and building their applications as well, such as the Visual Studio Code, which isn't just one of the best JavaScript editors out there – it was entirely written in TypeScript and JavaScript – and built on the platform of Electron.

Another amazing thing about the TypeScript, when compared to CoffeeScript, is that it's a superset of JavaScript and not a new language. This roughly translates that you can write your code both on JavaScript and TypeScript in the very same project – and the compiler will understand this with no problem. This makes it much easier to evolve your project over time.