A beginner's guide to Raspberry Pi

It's the little things that count

A lot of people question what the term Internet of Things (IoT) Means, or what it represents particularly.

Putting it simply, IoT is a term for categorizing anything that can be connected to the Internet. This includes:

Even putting it that simply, it's still confusing to a lot of people.

Even trying to make you realize that IoT is a term that is there to describe a group of small devices that connect to the internet and talk to each other, it's still unclear how and what they actually do.

Different from the IoT, everyone seems to know what a PC or a Macbook does. But, interestingly enough the internal of these IoT devices are pretty similar to the computers we use every day. Both of them include a:

What a lot of people fail to realize is how easy it is to make your very own IoT device using a particularly small computer.

In fact, you might even wonder if there's a readily available, cheap and powerful small computer.

Here comes the good news: It actually exists, and it's really, really powerful.

Raspberry Pi is exactly that Raspberry Pi is a small computer that, speaking of size, fits perfectly right in your hand. Don't let the size fool you. Take a look at the specs for the latest (3+) generation Raspberry Pi.


As you can see, this little “beast” has a Quad-Core CPU, very fast wireless, bluetooth and enough RAM to do most of the things a normal computer does.

And here comes the best part: this only costs you 35$.

When it comes to naming, Raspberry Pi has an interesting convention. They are categorized by a combination of model name + generation.

The model name include A, A+, B, B+, Zero and Computer module. To be more specific, the Computer module is mainly for industrial applications, which will be excluded in this article).

Every model is different from the others by the available connectors and the size of the motherboard. There are different kinds generations built so far, which are categorized by numbers from 1-3.

Every generation is mainly differentiated by the chip performance. The latest and currently the most powerful is called the “Raspberry Pi 3+ Model B+”

As a reference, below you can find some images that show what parts are available in their respective models. Every model has it's own tradeoffs.


For example, the Raspberry Pi Model Zero is known for being the smallest of them all. It only consumes 100mA (0.5W) of power on the average. For comparison, the average Desktop houses a 200~1400W power supply! But, the Model Zero only houses a single-core CPU, has lower RAM and lacks a full HDMI port

Probably the reason why Raspberry Pi lacks the fame is because it doesn't run on Mac OS X or Windows.

Instead, it runs on a particular Linus version called Raspbian. You have the option to install Raspbian

Once you plug in the micro SD card that contains the Raspbian installed, you will get the following screen: 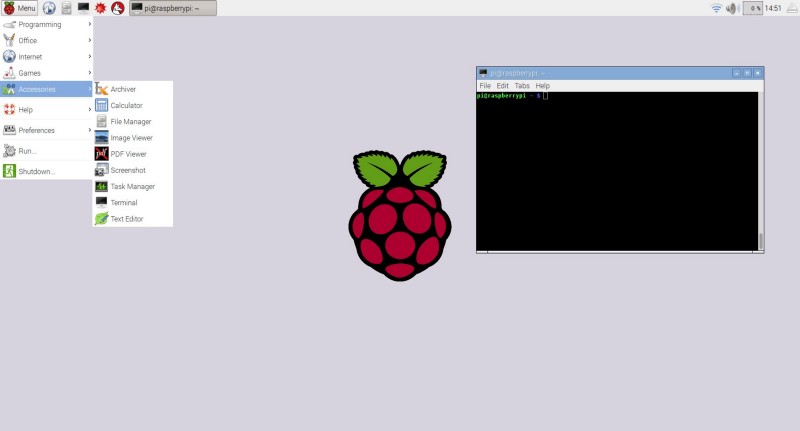 As seen, the desktop looks pretty much like the random desktop on your large PC.

On startup, you get a browser, the terminal, the image viewer and the calculator. This also includes a lot more features, but there are the ones that pop up first.

Raspbian also lets you install software from it's own open source software – for free!

The process of installing a software is very simple. You can use the apt-get command, which is fairly popular among Linux, and install the software from different repositories.

I.e sudo-apt-get install scratch2 will install the very popular scratch programming language. You can also search for software you like to install on Google.

What can you actually do with this?

All right, so now you have a small computer on your hands that runs a bunch of free software.

But, now the question rises: What can we do with it?

Well, you can probably learn a lot from this fun Python project a group of middle school students took part of.

Using a Raspberry Pi temperature and humidity sensor with LED screen, you can see the randomness using random colors on the LED, rather than numbers.

Also, using the very same device, they've built a calculator, a gaming device, a weather station and much more.

You'll find them very useful and cost efficient (and fun too!).

Another great project, a professor of Stanford build was to protect the espresso machine. I know, right?

The idea was to secure the door using Raspberry Pi, as seen on the image below: 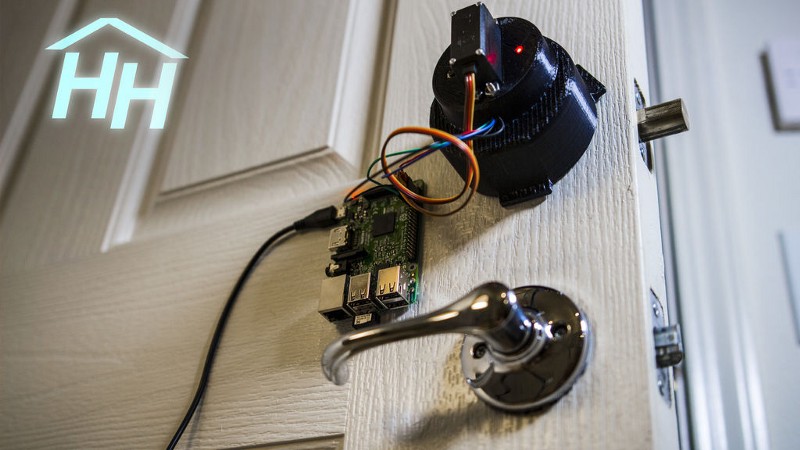 Another great project you could work on is to make a Pi Twitter bot. (I know Donald Trump could've used one)

The Pi Twitter bot is, in essence a web application that runs on a Raspberry Pi board. You'll have to register a twitter account to it, using the Twitter APIs. You'll need to know Python in order to do this.

You can automate the bot and make it upload the current CPU temperature whenever it reaches a particular threshold.