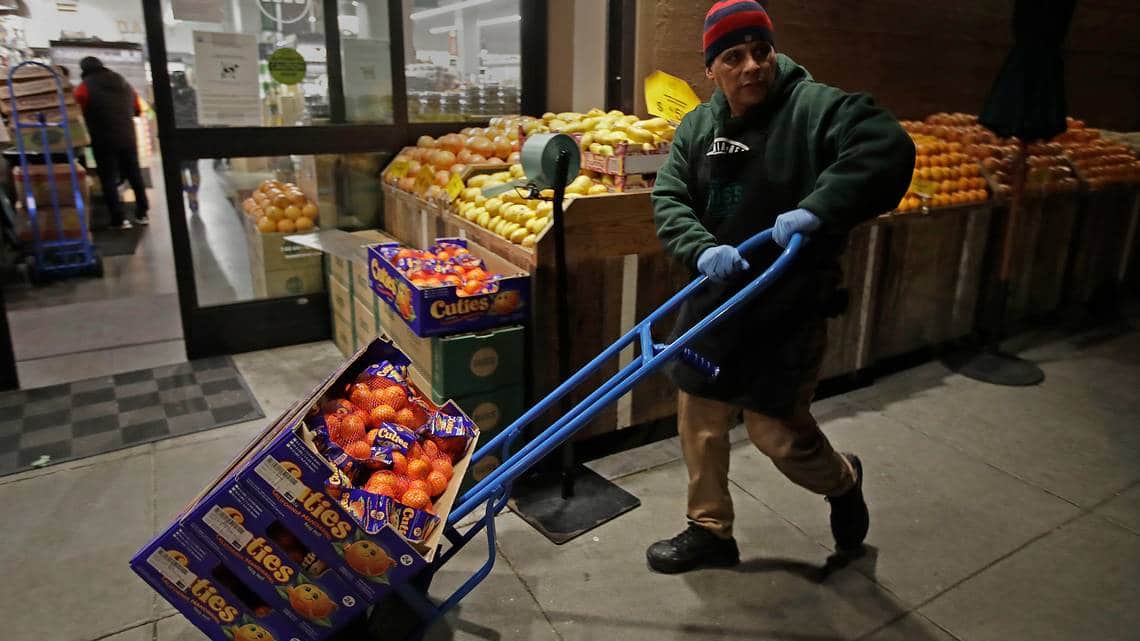 Kroger is pushing leaders to designate grocery store workers as first responders during the coronavirus pandemic.

The designation is “critical” to ensure workers have access to personal protective equipment, or PPE, like face masks and gloves, the release says, as they’re on the front lines of the pandemic and facing a “significant” risk at work daily, the statement says.

“As all Americans are now witnessing – grocery workers play a critical role in our communities and they must be protected,” it says.

Major grocery chains across the country, including Kroger, have made policy changes and put protective and social distancing measures in place to keep workers and shoppers safe during the pandemic.

Some have put up plexiglass barriers at checkout counters, limited the number of people allowed in a store at once, and ramped-up cleaning measures, among other steps.

Save Martin Modesto CA and the Central Valley has installed plexiglass sneeze guards at checkouts to protect against coronavirus. Other stores with them include Safeway, Raley's, Smart & Final, Raley’s, Lowes. BY SAVE MART

Kroger has previously said it’s working to make masks available for its associates and is encouraging them to wear protective masks and gloves at work.

But the statement says these measures are not enough.

Kroger and the UFCW have been advocating for the designation with government officials for the last five weeks, the release says.

“This urgent call for temporary first responder or emergency personnel status is not just about protecting grocery store workers; it is also about protecting the customers they serve and our nation’s food supply in general,” it says. “We urge our national and statewide elected leaders to act now and protect these essential workers.”