They might look a little rough around the edges but American heavy metal band Metallica have hearts of pure gold.

The musicians are the latest in a whole slew of international celebrities to throw their support behind charities supporting Australian bushfire relief.

The band announced they are donating $750,000 to NSW Rural Fire Service and  Country Fire Authority in Victoria through their charitable foundation All Within My Hands, via Instagram on Wednesday. 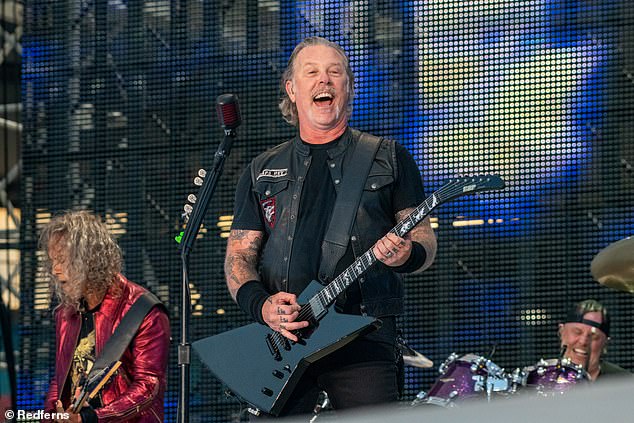 In a statement released by the band, they said they felt ‘overwhelmed’ by the wildfires which are sweeping through the country.

‘The resulting destruction and devastating effects on all residents, animals, the environment and the incredible land in Australia are truly heartbreaking,’ they said.

Then they urged others to ‘join us’ to ‘do whatever’ they could to assist while providing information and links to the respective firefighting organizations. 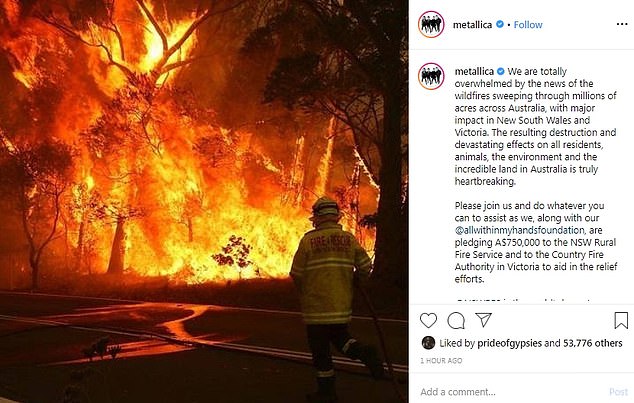 Fans overwhelming took to social media to thank the band.

‘You are truly the best! God bless you all’ one woman commented.

‘Absolutely amazing guys!! Thank you from Australia! Can’t wait for you guys to come back,’ a man commented.

Another fan was quick to suggest further ways the band could help raise funds for bushfire relief charities in Australia. 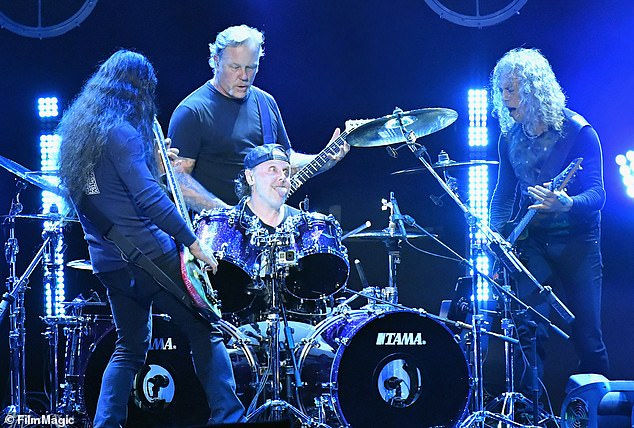 Canceled: The donation comes three months after Metallica was ‘devastated’ to indefinitely postponed the Australian and New Zealand leg of their World Wired Tour after lead singer James Hetfield, 56, re-entered rehab to treat an ‘addiction’

‘Y’all should do a fundraiser concert with a bunch of other rock bands like Live AID but you donate funds to Australians affected by the fires,’ they wrote.

Other users quickly suggested U2, Pink and Guns N’ Roses might be persuaded to join in, if Metallica did go ahead and plan an aid relief style concert.

The donation comes three months after the band was ‘devastated’ to indefinitely postpone the Australian and New Zealand leg of their World Wired Tour after lead singer James Hetfield, 56, re-entered rehab to treat an ‘addiction’.

The catastrophic bushfire season in Australia has so far claimed at least 25 lives, destroyed 2,000 homes and killed close to a billion animals. 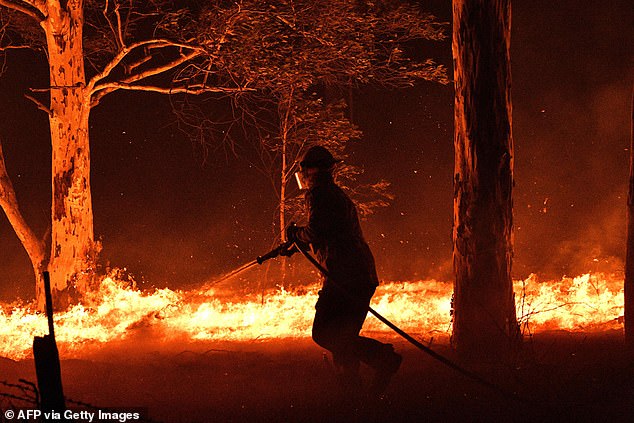 Catastrophic: The bushfire season in Australia has so far claimed at least 25 lives, destroyed 2,000 homes and killed close to a billion animals

Alicia Newman is a 29-year-old programming professor who enjoys working with computers, and solve programming challenges. She is an Australian citizen and has a very exciting and bright personality. She is currently a PhD candidate.